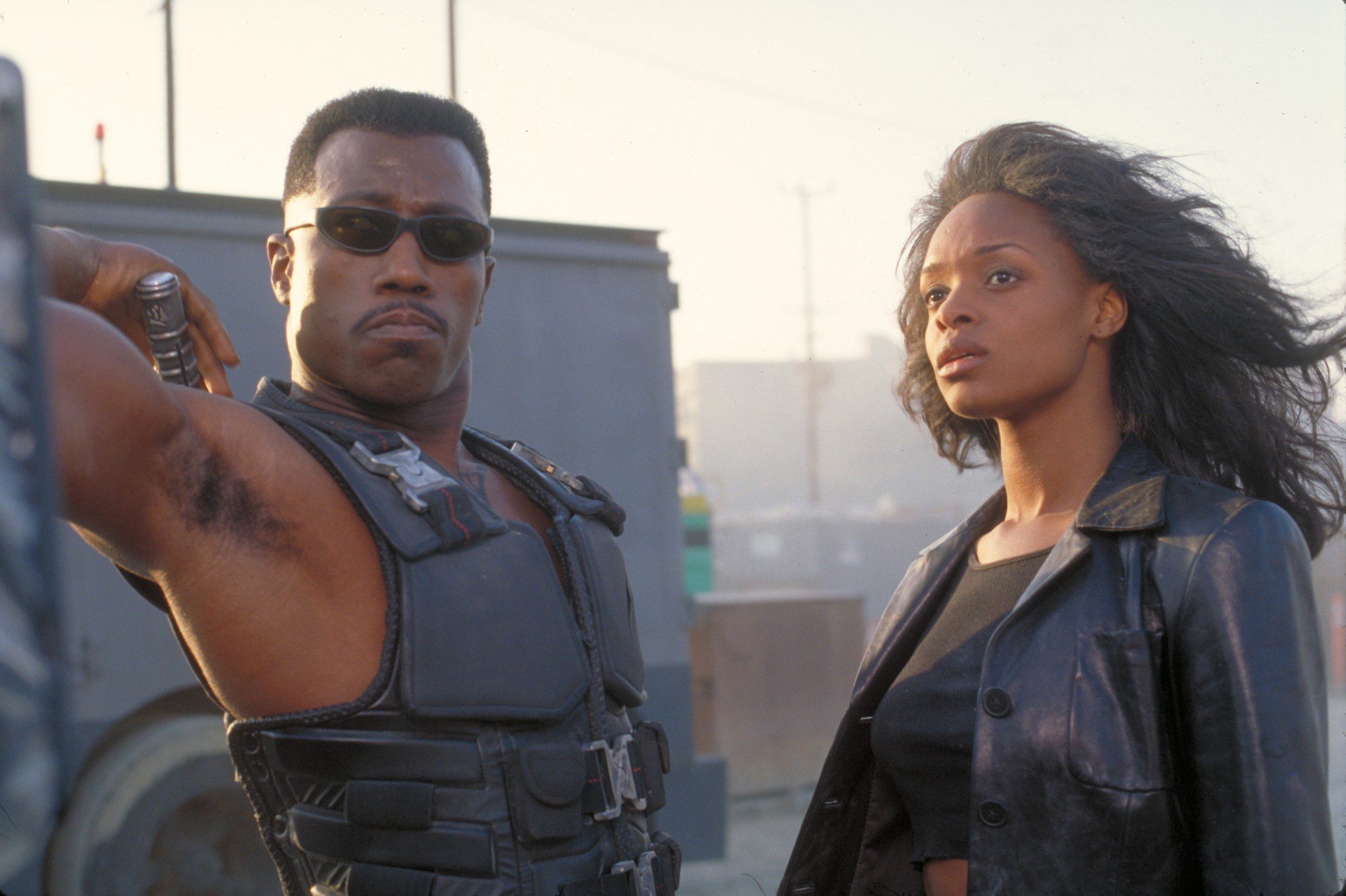 A half-vampire, half-mortal man becomes a protector of the mortal race, while slaying evil vampires.

Around 1994, I heard that New Line was interested in making a “black super-hero” movie.  Mike Deluca, New Line’s President of Production, was a big-time comicbook fan.  He wanted to adapt a Marvel property.  At the time, Marvel was struggling.  They were only interested in pursuing films based on their larger properties like Spider-Man and X-Men.  Of the known black super-heroes in the Marvel roster, you had Luke Cage, Black Panther, a few others.  Then there was Blade.  He was attractive because he didn’t have super-powers, per se.  And he inhabited more of a horror world.  Mike liked Blade and so did I.  Marvel was happy to option the rights.  They never imagined anything would come of a film involving one of their lesser-known, third tier characters.

New Line wanted to make a film in the 8 million range.  I took the central premise of Blade and pitched what essentially became the film.  It was much more ambitious than New Line had been contemplating — but Mike took a risk and hired me to write the script.  I wrote my ass off.  For the first time, I wrote want I wanted to write, and not what some film executive was dictating.  Mike gave me the freedom to just go for it.

When I turned in the script, New Line was happy — but the initial budget came in around $45 million dollars!  The New Line powers that be decided they would make the film if we could land either Denzel Washington or Wesley Snipes.  (Well, actually, they first asked if Blade could be white — but I digress.)  We went to Wesley first and he signed on to do the film.

Then began another 3 years of development.  Different directors came and went.  At some point, I did a draft for David Fincher, just before Seven came out.  Eventually, Stephen Norrington came into the mix.  He was a largely unproven filmmaker with one low-budget film under his belt.  Again, New Line took a gamble.  Those were heady days at New Line — they were taking the kinds of creative risks that other studios shied away from.  We made the film.  I remember sitting in the first rough-cut screening of the movie at New Line.  The film played.  When the lights came up, everyone looked at each other. I was thinking “Holy God — that was bat-shit crazy.”  Prior to the film’s release, I remember people making fun of it — saying it would flop.  But those of us involved knew we were sitting on a new breed of film.  Who would have guessed, way back then, that the film would spawn two sequels, a TV show, videogames, action figures, and various other merchandise.  In a way, Blade blazed the trail for other comicbook movies.  It showed Hollywood that there was, potentially, untapped opportunities in the hundreds of other lesser known comicbook properties.  Turned out to be a blessing and a curse.  Some great comicbook movies got made.  But in the mad rush to adapt any and every comicbook character known to man, some real stinkers were developed and made as well.  Suddenly, everyone at every studio wanted to make a comicbook film. 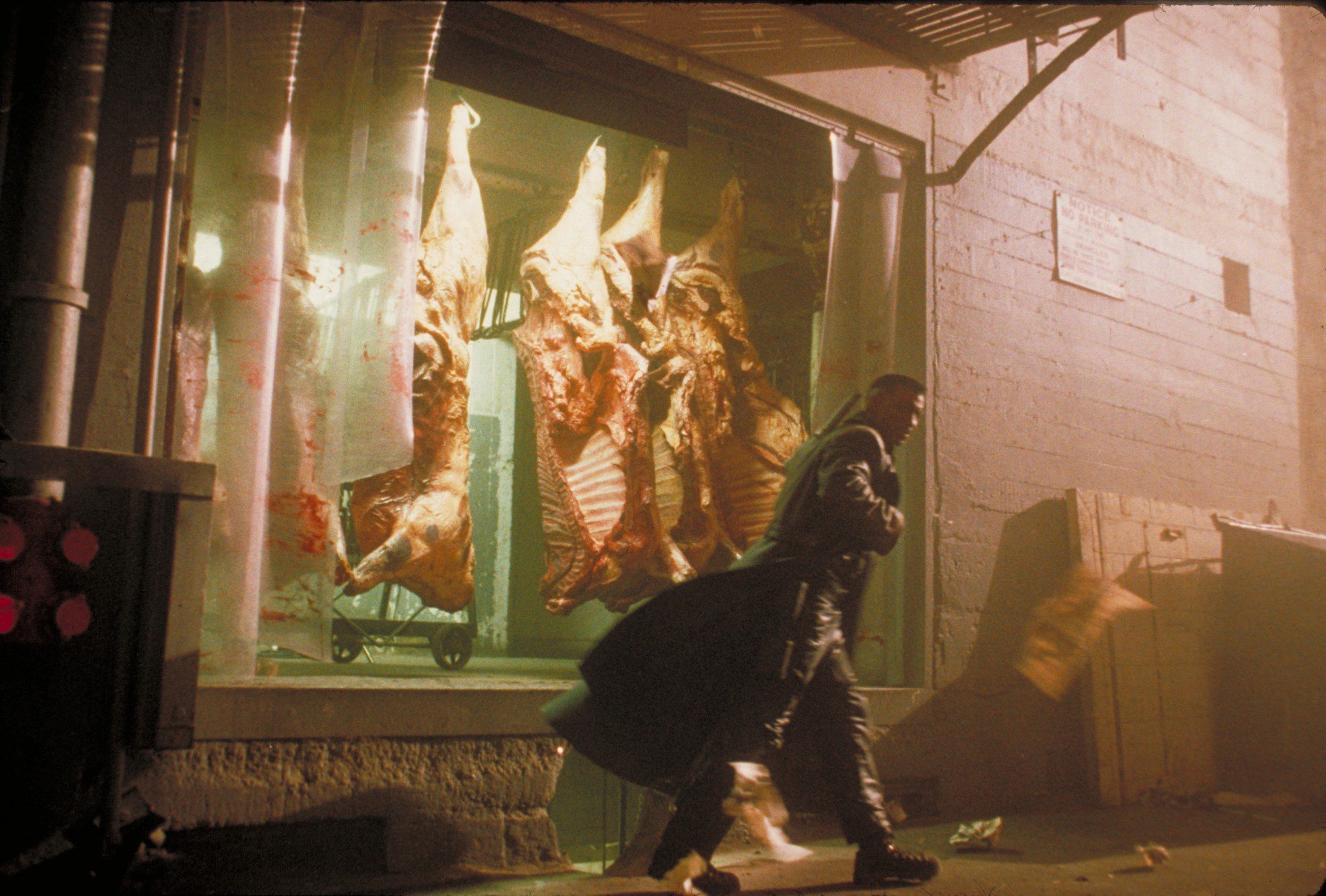 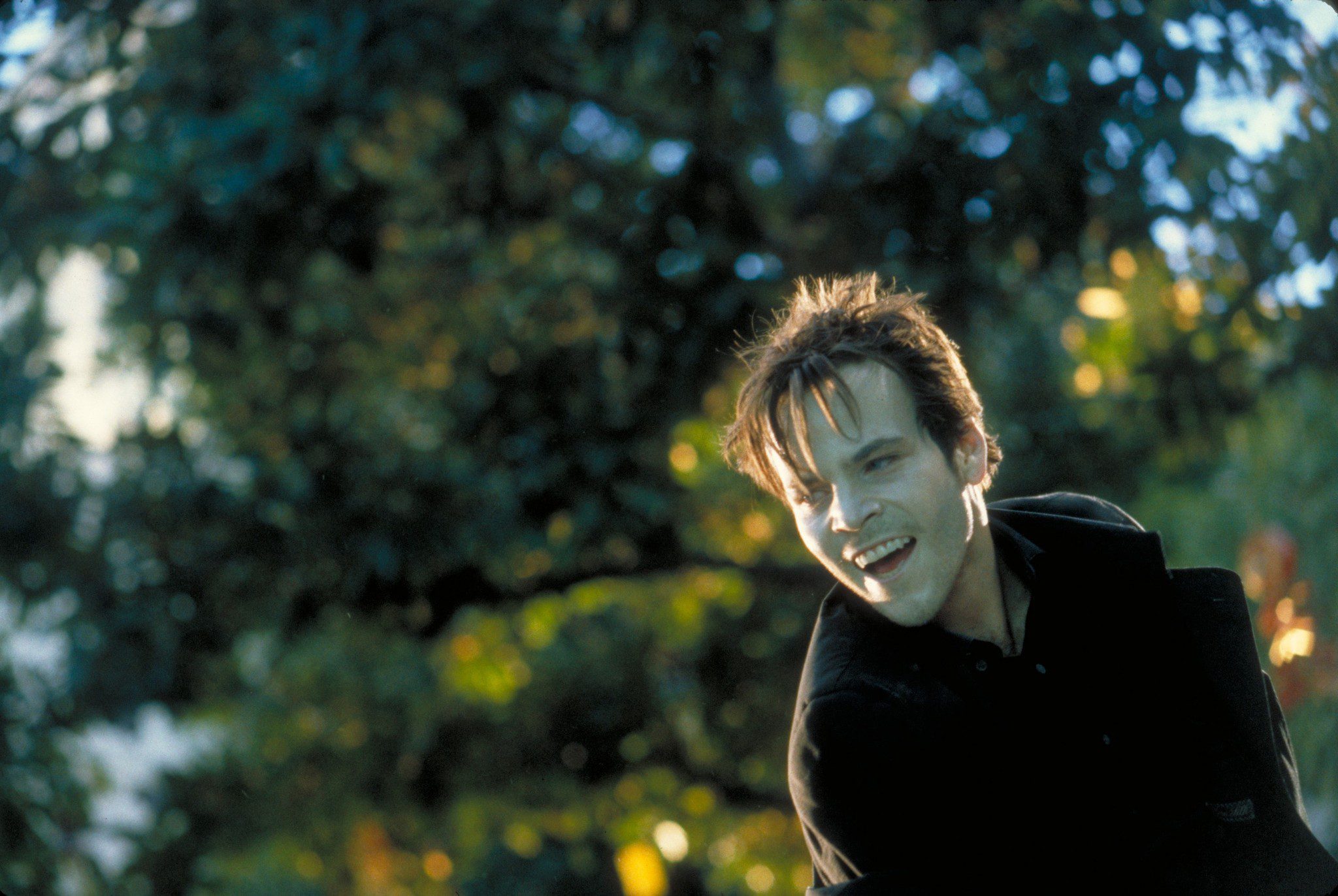 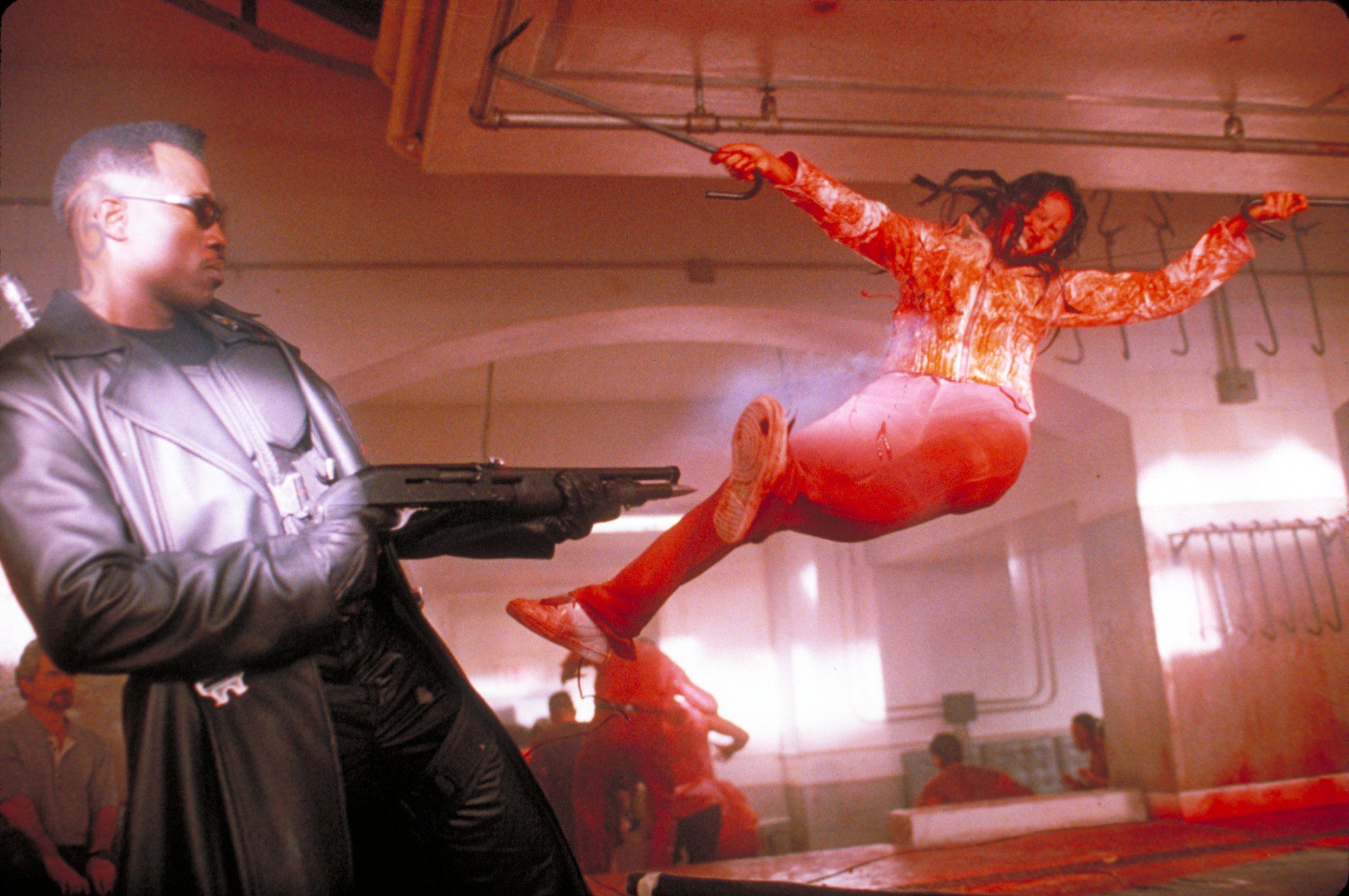 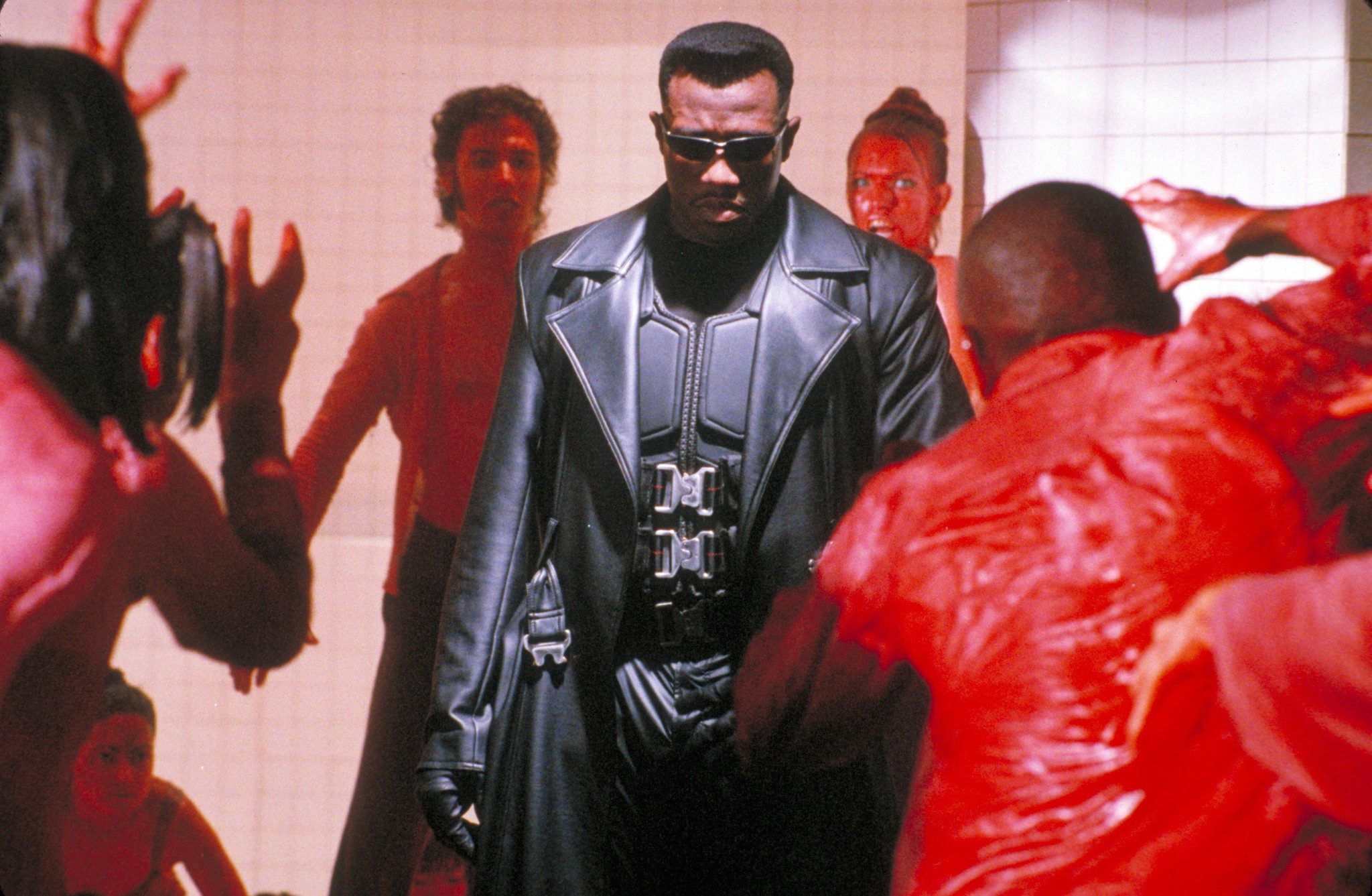