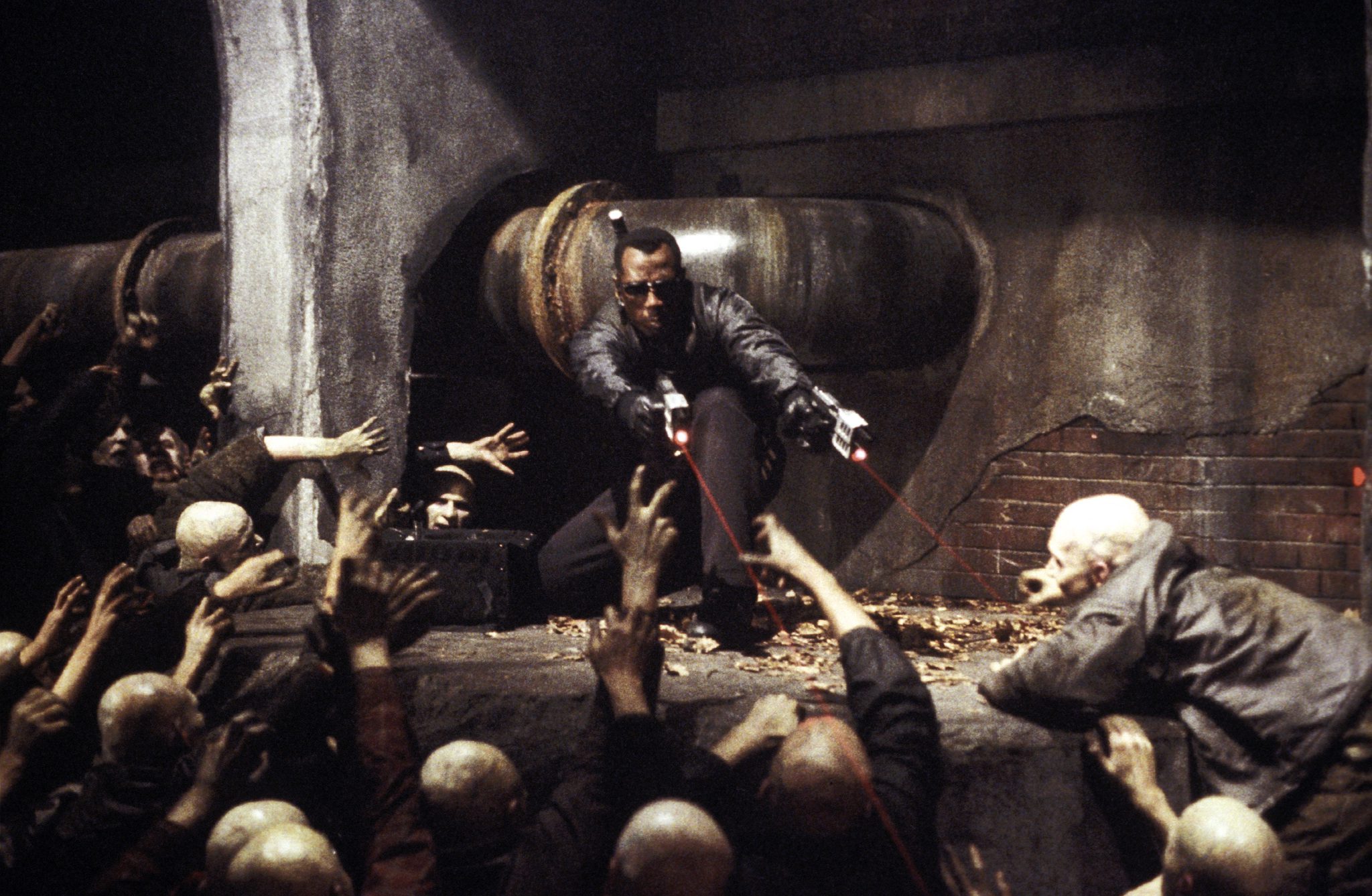 Blade forms an uneasy alliance with the vampire council in order to combat the Reaper vampires who feed on vampires.

Blade was an unexpected hit.  A week or two after it opened, Mike De Luca from New Line called me and said ,”You better start thinking about a sequel”.  I ruminated for a little while and decided the most logical story should involve Blade having to team up with the thing he hates more than anything in the world: vampires.  I loosely modeled the story after The Dirty Dozen, with the Bloodpack as proxies for the convicted felons in Dozen.  Then I came up with a ‘greater threat’ that would unify Blade and the vampires’ goals, which evolved into the Reapers — super-vampires that also fed on vampires.

When it came time to find a director, I suggested Guillermo del Toro, who was a friend.  Guillermo had made Cronos and the unfairly maligned Mimic.  At the time, his stock in Hollywood was not great.  He’d taken the heat for Mimic and I knew the troubles with Mimic were in no way his fault.  New Line resisted hiring Guillermo, but producer Peter Frankfurt and myself really believed in him and continued arguing the case.  Eventually, New Line agreed to hire Guillermo.

We made the film in Prague, which, at the time, was still a bit of an uncharted territory in terms of movie-making.  No one had ever brought a film of that scale to Prague before and there were definite growing pains.  Guillermo brought on Mike Mignola to do some design work, as well as Tim Bradstreet and Richard Corben.  I think he tried to get Wayne Barlowe as well.  I remember finding a bunch of Mignola’s original drawings in a trashcan in the corner of one of the sound stages in Prague — just completely discarded.  So I rescued them and they now adorn the walls in my offices in Los Angeles.

One of the benefits of shooting in Prague was that we could built enormous sets for a relatively cheap amount of money.  Carol Spier was the production designer, and the sewer sets, in particular, were gorgeous and sprawling.  I remember taking a break with Guillermo at one point, driving through the sewer tunnels in a little golf cart.  Guillermo had this big grin on his face.  “Can you believe they pay us to do this, Little G?  How awesome is this?  I would do this for free!”  (Guillermo has always called me Little G and I, in turn, have always called him El Gordo.)

Wesley was injured during one of the fight scenes and we were required to do a few weeks of re-shoots later on in Los Angeles.  But there were two dramatic scenes left unfilmed that still required Wesley’s services.  For whatever reason, Wesley declined.  I think we shot one of them with Wesley’s stunt double wearing a prosthetic mask that kind of looked like Wesley.  It’s a scene where Blade is being taken via helicopter to meet the bad guys.  Look closely and you’ll see it’s not really Wesley.

The film ended up being even more successful than the first Blade offering and spawned an inevitable, albeit troubled, three-quel.  More on that later. 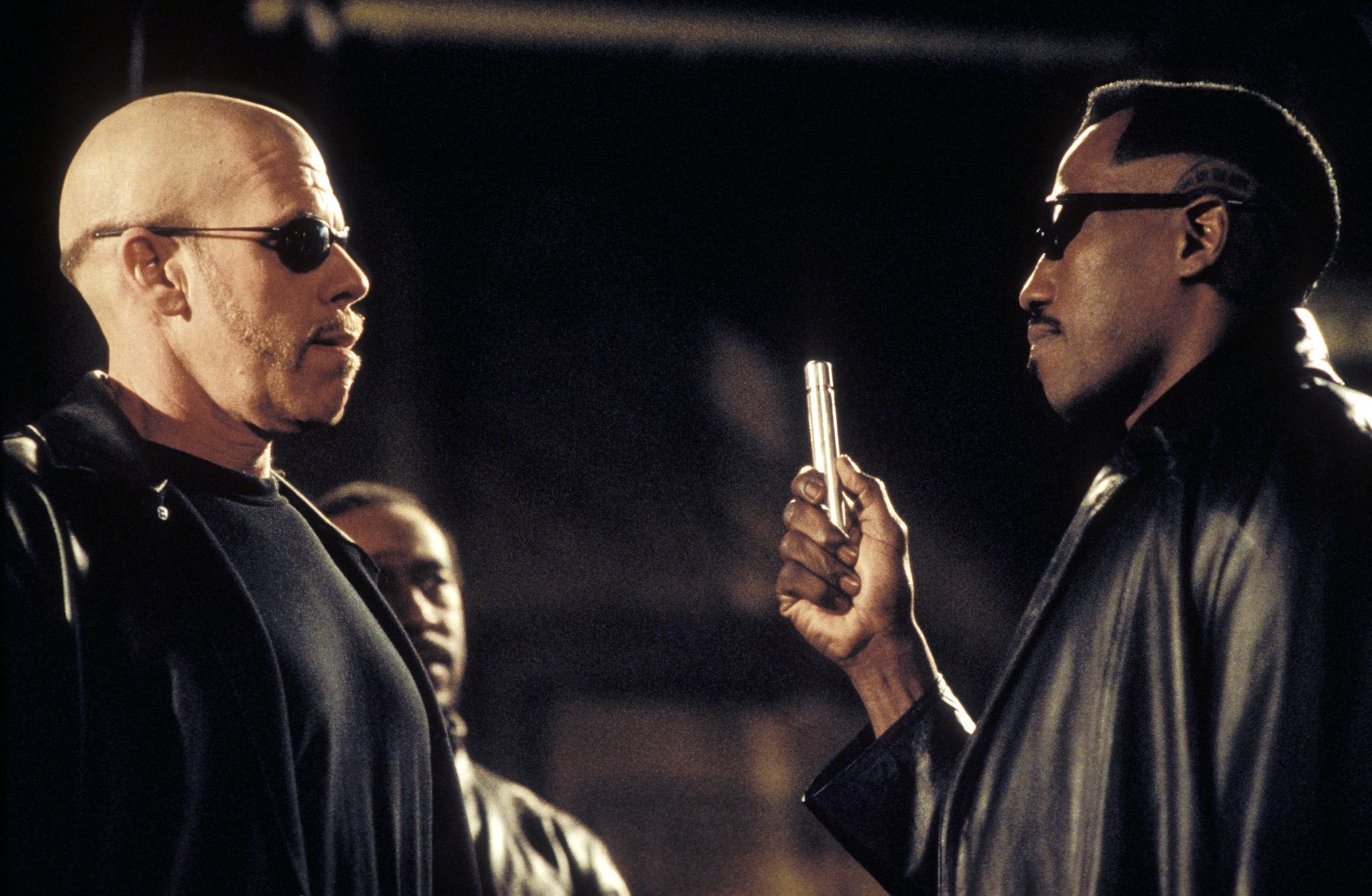 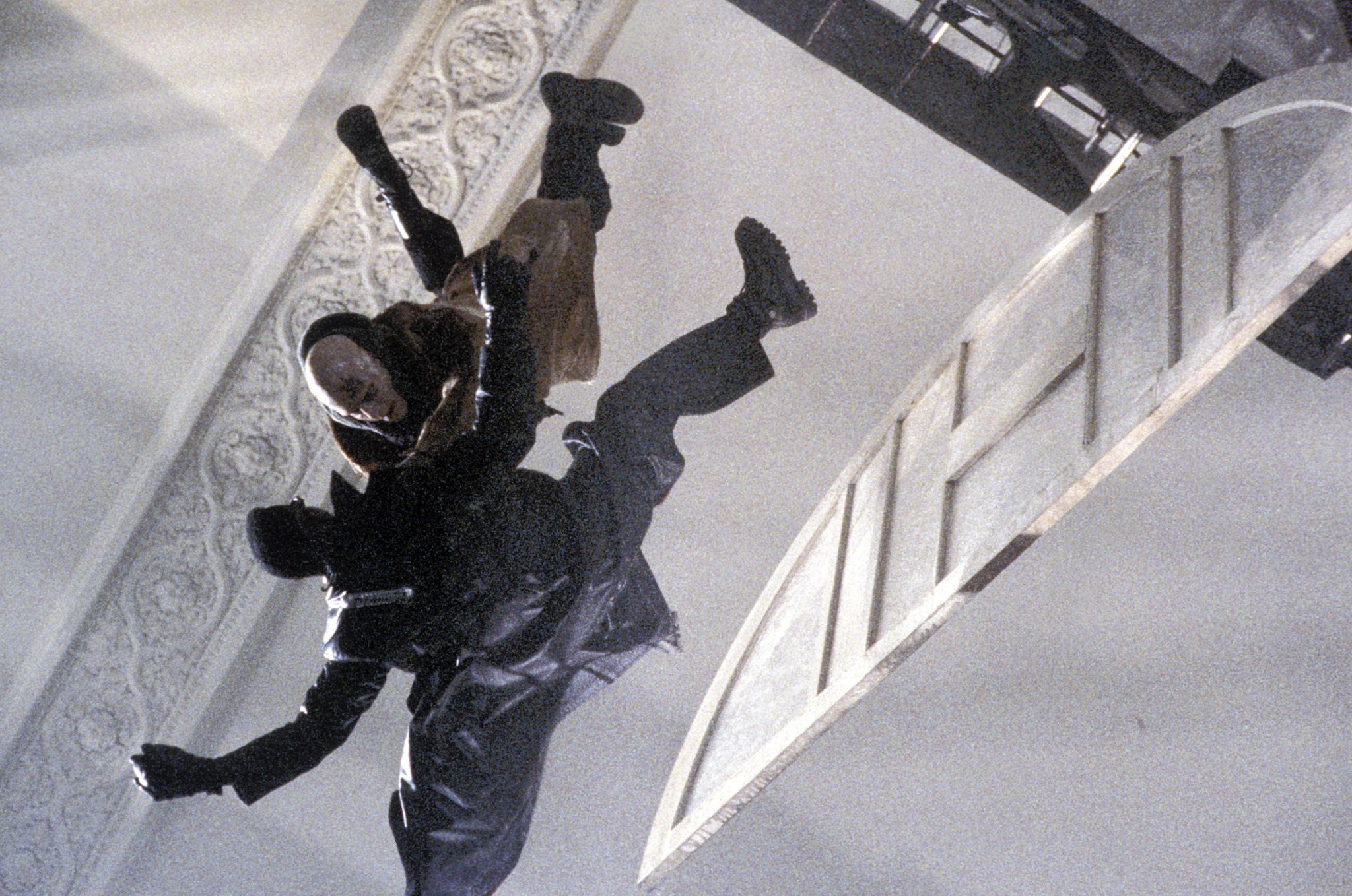 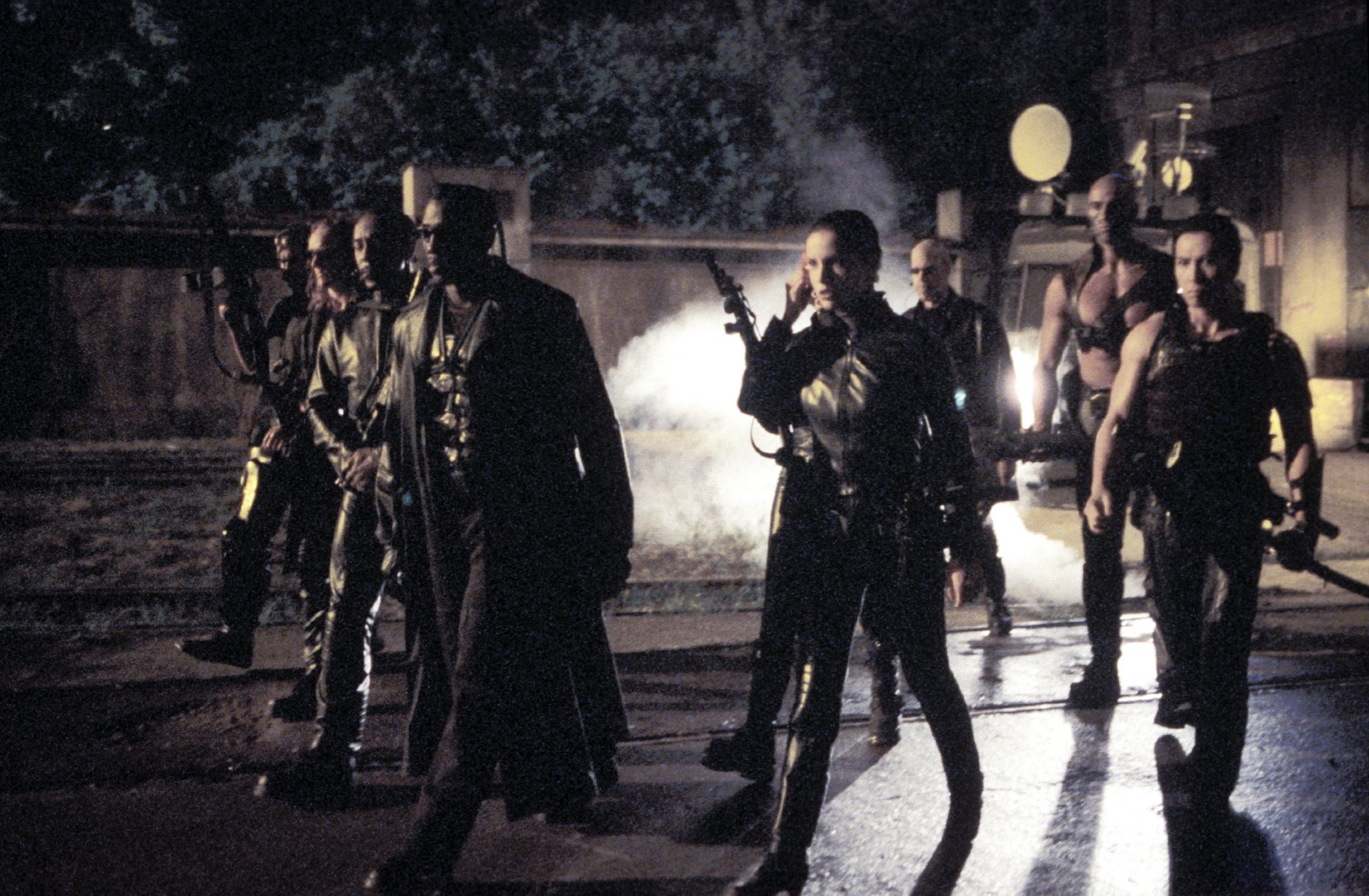 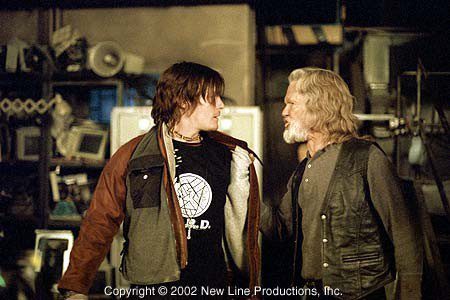 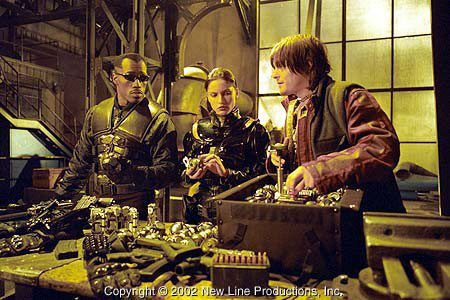